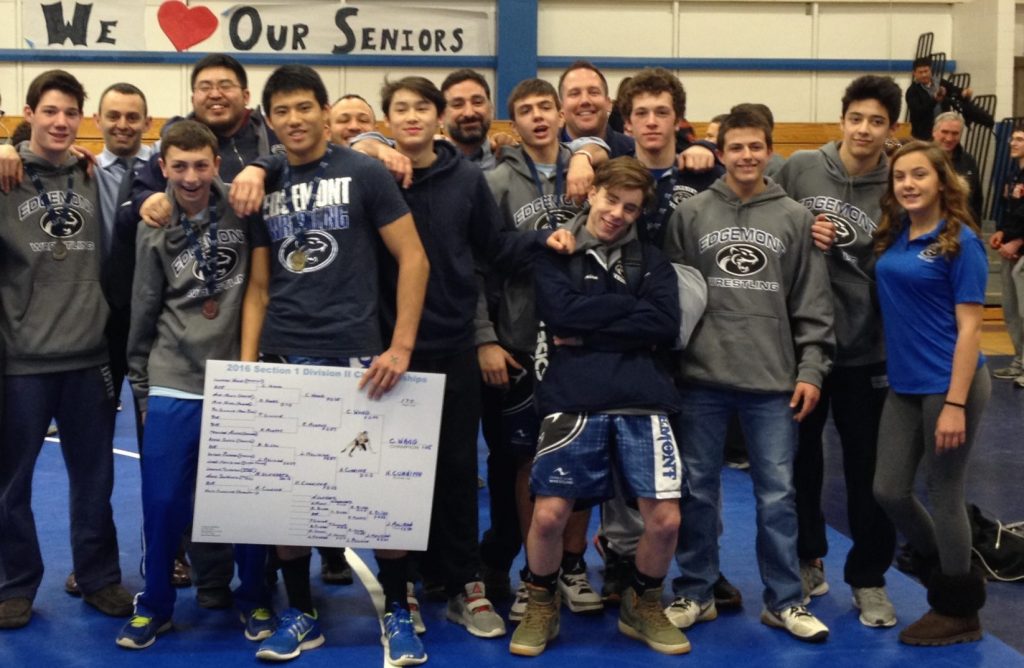 The 2016-2017 Section 1 Championships will be taking place at Edgemont High School.

The tournament to determine this year’s Section 1 Championship will be hosted by the Panthers on February 10th and 11th as they strive to continue their streak of producing Sectional Champions and fight for a team title.

The post-season tournament highlights the Panthers 2016-2017 schedule, released today, along with four other home dual meets and the 35th Annual Edgemont Wrestling Tournament on January 28th.

Edgemont’s home slate will feature dual meets against Port Chester on Thursday 1/5, Putnam Valley on Wednesday 1/18, Irvington on Friday 1/20 and Pleasantville on Thursday 1/26. The Irvington match will be contested in front of a packed house in San Marco Gymnasium on a Friday evening with a 6 PM start time to accommodate fans unable to make it to mid-week duals.

The Edgemont Tournament in January is one of Section 1’s largest featuring 19 teams from Division 1 and Division 2, the Private School League and the Catholic School League, with teams hailing from Dutchess, Orange and Westchester Counties, New York City and Connecticut.

Road dual meets include Croton, Eastchester, Pawling and this year’s installment of the Annual Bronx River Cup Wrestling Classic to be hosted at Scarsdale High School on Tuesday 1/24.

In addition to the Edgemont Tournament, January features a return to the Shoreline Classic, one of Section 1’s most prestigious tournaments on Saturday 1/7; the Eastern States Classic, traditionally billed at the toughest tournament in New York State on Friday and Saturday 1/13 and 1/14; and the Westchester County Championships on Saturday 1/21.

For an always-up-to-date printer-friendly version of the schedule, click here.