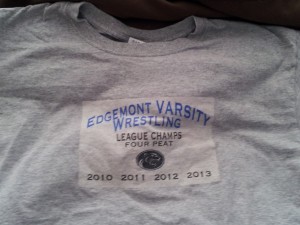 The Panthers are captured their fourth consecutive League Championship on Wednesday.

The Panthers put Section 1 wrestling on notice Wednesday as they beat Dobbs Ferry, winning their fourth League Championship in as many years.

The Panthers have not lost a match in League Competition since they dropped a Dual Meet to Ardsley on January 27, 2009. This 25-match League Dual winning streak spans four seasons and is the longest in Panther wrestling history.