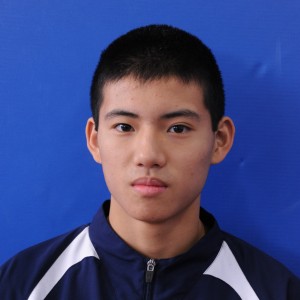 The Panthers started things off with a bang this weekend at the 2013 Mamaroneck Tiger Invitational. Seven of the ten Edgemont wrestlers competing in the event placed in the top 4 of their respective weight classes, including three tournament champions – sophomore Kyle Aslanian (113 lbs), senior Tyler Aslanian (120 lbs) and freshman Cliffton Wang (145 lbs). Kyle Aslanian took home tournament “Champion of Champions” honors.

At 113, Kyle Aslanian started things off for the Panthers winning by fall over Port Chester’s Chrstian Scott in the quarters and an 8-2 decsion over Glen Cove’s Kahron Jackson in the semi’s. Kyle went on to a tough finals match where he took out Iona Prep’s Stephen Fahy by fall.

At 120, older brother Tyler made a statement of his own. Tyler opened up the day with a 0:59 fall over Glen Cove’s Enrique Vasquez. In the semi-finals, Iona Prep’s Joe Colluci was next up. Tyler fought to a 7-2 victory, before dominating Glen Cove’s Morgan Marshall in the finals with a 15-3 major decision.

Cliffton Wang at 145 had an equally dominant day, pinning his way through the bracket. Cliffton started things off with a 50 second pin over Glen Cove’s Devin Shearer. In the semi-finals, Geovanni Borrayes of Port Chester took Cliffton into the 2nd period before Cliffton earned the fall at 3:54. In the finals, Cliffton made short work of #1-seed Bryan Chen of Horace Mann ending the match by fall at the 20-second mark.

Other place finishers on the day included a 2nd place finish by senior Colin Hopkins at 152 lbs, a strong 3rd from senior Will Graybeal at 145 lbs and 4th place finishes from senior Sam Klein at 126 and junior Brian Evans at 138.

The Panthers are back in action on Wednesday at 4:30 PM at Pleasantville HS in the opening rounds of the Section 1 Dual Meet Championships. Hope to see you there!