Some quick updates on some various goings-ons (is that a word?) with our wrestlers and our program!

Junior Nationals
Cliff Wang just got back from competing in the NHSCA Junior Nationals in Virginia Beach this past weekend. Cliff’s weight had over 70 of the toughest juniors from around the country! 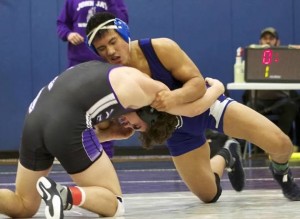 After getting knocked off in the first round by an absolute stud, Cliff went on to rattle off four straight wins, including a major decision and two pins, before getting caught and pinned in a scramble.

Cliff was two wins away from achieving All-American status which is pretty awesome, but more importantly he really opened up his offense in every single match, which is a big step forward for Cliff in high-level competitions. He truly capitalized on the amazing opportunity he had to compete in that kind of environment and got better because of it! Looking forward to more great things from Cliff!

Cliff wasn’t the only one competing this past weekend. As Maunil Kothari and Andy Williams (as well as our esteemed alumnus Tyler Aslanian ’14 – now wrestling at Ithaca College) loaded up the car and headed up to Canisteo, NY just outside Rochester. 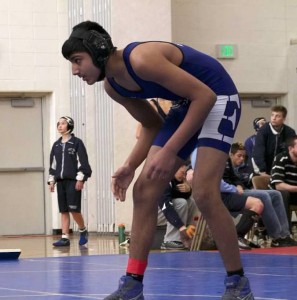 Everyone wrestled hard. Andy took 3rd. Tyler Aslanian made it to the bronze medal match as well and injury defaulted to take 4th. Great job all around!

Off-Season
So our off-season training is in full swing and a lot of our veteran guys are working hard – after all, we gotta keep making you guys proud to be fans!

We’re excited to let you know a bunch of our guys have been training at local wrestling clubs in the area. The commitment these guys have been showing to making themselves better is inspiring. I’m fired up and there should be a few more varsity guys that join their teammates at these club in the coming weeks so they don’t fall too far behind!

Panther Tough
There really is this tremendous energy with our team this spring that is noticeably different from prior years. I think it has a lot to do with the “Panther Tough” culture and values we’ve been developing in our student-athletes over the last few years. Because you’re associated with this program, I know you’re aware that there is no secret recipe or shortcut to success. It comes from making the right choices and living your life the right way on a consistent basis.

Our Panther Tough culture and values help our student-athletes by giving them the guidance they need to make this happen. I get a lot of questions about this so thought I’d let you guys behind the curtain with a quick look at exactly what our Panther Tough Core Values are:

1.  Teamwork – commitment to doing what’s best for the team

2.  Accountability – holding yourself and others responsible for their actions

4.  “One More” – pushing beyond your perceived limits

It makes me proud to know that any wrestler in our program could recite these to you. We talk about them everyday… we even have two “Panther Tough” team meetings each week during the season to dig even deeper!

Like I said, there is no shortcut to success but there is a game plan! You can read a little bit more about our Panther Tough values here. 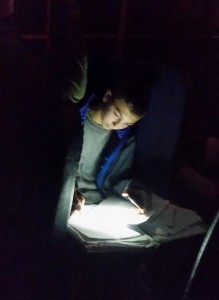 #PantherTough student-athlete! Freshman
Nick Meglino working on his homework by
cell phone light on the bus ride home from
our match. Keep #FeedingThePanther!