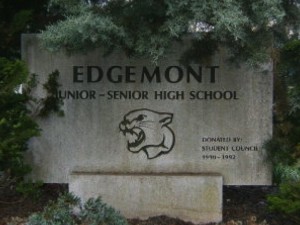 The Edgemont School District in Westchester County, New York has the best schools in the country, according to a new ranking from education review website Niche.

Interestingly, all of the top 10 school districts on Niche’s list are in New York or Pennsylvania. Four of the 10 districts serve towns in Westchester County, a suburb right outside of New York City.

Niche rankings are based on a combination of user reviews and education statistics sourced from the government and public databases. According to Niche, “a high ranking indicates that the district contains great schools with exceptional teachers, sufficient resources, and a diverse set of high-achieving students who rate their experiences very highly.”

Student and alumni reviews also show a lot of school pride. As one recent alumnus writes at Niche, “The teachers at Edgemont are really above and beyond, for the most part. The newly revitalized administration is also working to keep the standards of schools high.”

Here are the top 10 school districts in the country, via Niche: