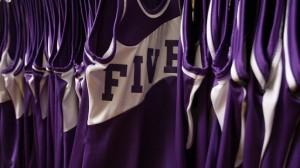 Every wrestling season brings change. There are always new coaches, new state title contenders and some young guns who show they are ready for varsity competition. This year, there is another new development in the Empire State – the elimination of Sectional singlets for the state tournament.

This is not unique to the sport of wrestling. Sectional uniforms were eliminated in all sports, according to the NYSPHSAA meeting notes from May of 2012. To see those notes (the relevant item is #16 on page 1), the link is here.

After that decision, the topic was revisited at the October 2012 meeting. After an inquiry by a Section 2 representative, it was reported that the Safety Committee agreed that wearing Section singlets at the state tournament would “improve the efficiency and time in which the appropriate medical personnel could respond to an injured athlete.” No further comment on the issue is included. To see those October notes (the relevant topic is on page 8), the link is here.

[The next meeting of the Executive Committee is January 29, 2013, according to the November 2012 edition of NYSPHSAA News].
Several wrestling fans have voiced their opinions on the subject. One such voice is that of Armdrag.com Editor Tim Herman, who has put together a petition asking the governing body to reconsider the decision for this year’s state championships. The content of that petition is below:

By Tim Herman, Editor of Armdrag.com

We the people of the NYS high school wrestling community were shocked to hear that our qualifying wrestlers will no longer have the honor of wearing their section colors during state tournament competition. This tradition of nearly 50 years has been a longstanding symbol of pride and respect for wrestlers, fans, and parents alike.

Earning a state championship singlet is not only the goal of nearly every wrestler in NYS, it’s something the spectators look forward to. Fans dress in their section colors, families have custom colored t-shirts made, and some athletes even dye their hair to match! Not to mention, in a sea of athletes, it’s nearly impossible to closely follow the action as a spectator without the visual cue. Some spectators, many of whom travel from several hours away, take time off from work, and spend the weekend in Albany, will indeed be turned-off by this decision.

Some sections allow their wrestlers to keep their singlets only if they pay for them. If money is the issue, perhaps this is a solution. Together with team warm-ups and some creative-thinking, you might even be able to turn it into a money-maker! This could work not only for wrestling, but also for other individual sports that might benefit from color-coded uniforms.

We urge you to reconsider your decision. Please bring sectional singlets back to the New York State wrestling tournament.