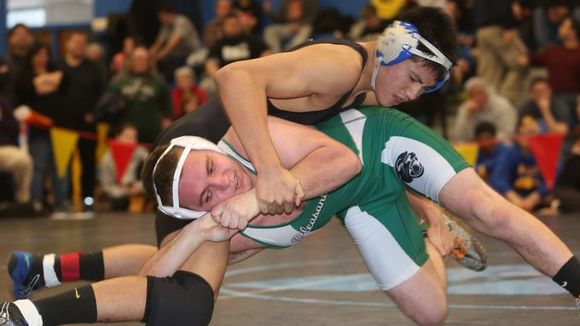 How many years have you been coaching at your current school? This is my 14th season at Edgemont and my fifth as head coach.

How did you team do last season? 3-1 in league; 6-12 overall. League champions. Third in Section 1 with 12 wrestlers placing in top 6 in the section.

Who are the top wrestlers that you lost to graduation? Brian Evans (third in section); John Lee (second in section).

What is the strength of your lineup? Our experience. We have a lot of experienced wrestlers returning and some great leadership. We have a few younger wrestlers who should start to make a name for themselves this year as well.

What will be the biggest challenge for your team? Keeping our athletes healthy and peaking at the right time. Our guys work hard — we need to make sure they get the recovery they need to be mentally and physically at their best when it counts.

Will you host any tournaments? The 34th annual Panther Tough Invitational on January 30th. We’ll have 18 teams from Sections 1, 9, CHSAA and Connecticut.

Which team(s) is your top rival? Our annual rivalry match, The Bronx River Cup, versus neighboring Scarsdale will be wrestled on January 26th at Edgemont. It’s always a close, tightly-contested match. There’s a lot of pride on both sides.

What are your team goals for the season? We just had a team meeting to set our vision for the season as a team. I’m really excited about what came out of that meeting and the buy-in our student-athletes have to what we’re trying to accomplish here. Without getting into too many specifics, our main goal is to hold each other accountable (wrestlers and coaching staff) to push outside our comfort zone each day and never settle for anything less than our best efforts on any given day.