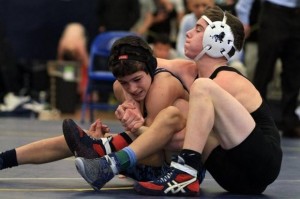 The Panthers will kick things off at home in the SanMarco Gymnasium on Tuesday, December 2nd in a non-league dual meet with the Port Chester Rams at 4:30 PM.

As always, the schedule includes a challenging compliment of tournaments. Highlighting this year’s schedule is a return to the Shoreline Tournament at New Rochelle High School on January 3rd, followed by the Eastern States Classic on Friday and Saturday, January 9th and 10th at Sullivan Community College. Shoreline is the largest tournament in Section 1 and features 22 teams from Connecticut, Massachusetts, Sections 1, 8, 9 and 11, as well as private and CHSAA schools.

The Eastern States Classic is widely considered to be the toughest tournament in New York State. This two-day competition features the best wrestlers from over 110 different teams from six different states.

The Panthers will play host for the 33rd Annual Edgemont Wrestling Invitational on Saturday, January 17th. Also one of Section 1’s largest tournaments, the Invitational, contested on four mats in two gyms, features 18 teams from Sections 1, 9 and 11 as well as Connecticut, Private Schools and CHSAA schools.

The Panthers will have two more home dates as well. Both the Eastchester Eagles and the Irvington Bulldogs come to Edgemont Tuesday, January 13th. The Panthers will also be hosting the Woodlands Falcons, in what could be a rematch of last year’s League Championship-deciding dual meet on Thursday, January 22nd.

Another highlight includes this year incarnation of the Bronx River Cup in a special Friday night match versus the Scarsdale Raiders at Scarsdale High School on January 30th at 6:00 PM.