For those who didn’t know, our own Dan Kornberg ’12 (current Pitt wrestler) has spent the last 10 months battling Ewing’s Sarcoma, a form of bone cancer. Check out the article below to read all about Dan’s journey.

Dan just hit a huge milestone – he finished his chemo and has been cleared to return to Pitt!

Below, members of the Edgemont Wrestling Class of 2013 and 2014 took Dan out to celebrate! 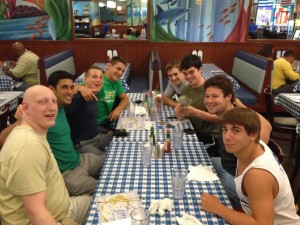 It’s a truly awesome to see Danny get better and to be part of a program where our current and former wrestlers care so deeply about each other and show such tremendous support!

Good luck Danny as your road continues – we’re ALL here for you! 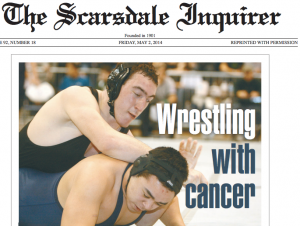