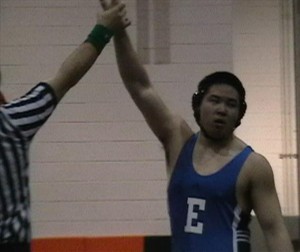 Having graduated from Edgemont in 2007, Coach Matt Lee returns to his alma mater this year as a coach. Let’s get to know Coach Lee…

Where did you go to college and what are you currently doing besides coaching at Edgemont?

“I was a student in Stony Brook University for a few years. But I plan on transferring to Pace University to study accounting and also it’s closer to home. I am currently taking classes at Westchester Community College.”

“I also teach Sunday school at a Korean Church up north in Rockland County.”

When did you first start wrestling?

“I started wrestling when I was in eighth grade.”

What are you most proud of about your wrestling career?

“I was an All-Section honorable mention twice and Section runner up my senior year. I also received All-League each of the four years I wrestled varsity. During my last year, they implemented a “wildcard” rule where four extra wrestlers from each weight class will be selected to compete at the state tournament. I was one of the 4 for the 189lb weight class and was therefore eligible to go to the state tournament.”

“There was only a wrestling club in Stony Brook University and I did participate for two years. However, the atmosphere wasn’t the same as it was in Edgemont so I decided to stop.”

What is your favorite moment in wrestling?

“There are two that come very close. The first was when I was a freshman and I got my second win of the season during a dual meet against Scarsdale. It was a neck-and-neck fight throughout the competition and I was the last match for the whole meet. It came down to the wire and I ended up pinning my opponent with less than a minute to spare to ultimately win the dual meet for Edgemont. I don’t think I was ever excited or proud until my second moment.”

“The second moment was when I received a call from Coach Pete when I was a senior. He would tell me that I will be able to wrestle at the state tournament as a wild card selection for the 189 lb weight class. It was like a huge weight was lifted off my shoulder and I was happy to get back on the mat one last time and on the biggest stage for many high school wrestlers.”

What brings you back to Edgemont?

“I came back because it’s always a respectable and honorable thing to give back to those who have given you so much joy and pride. Edgemont Wrestling has given me lessons on not only how to succeed on the mat but also in life. To be able to experience all that during those 4 years was much more that what I would have expected.”

What is the greatest lesson learned from one of your coaches?

“The greatest lesson I learned from my coaches was that in order to succeed in this sport, it would require me to not only to push myself more each day, but I would have to consistently dedicate myself to it. It wasn’t just about how much or how hard I could go, but also about being able to consistently work on the little things on a daily basis. Those little things will eventually accumulate and become something that can make anyone a very successful wrestler. The great thing about this is that it can also be applied to life as well.”

What is your favorite movie?

“My favorite movie would have to be Gladiator. Mostly because it’s the one movie I’ve probably watched the most out of the others.” 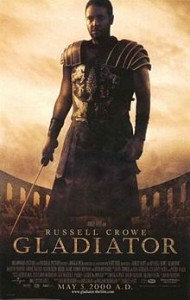 What are your hobbies?

“I have played bass for about 4-5 years and it’s always nice to play as a stress reliever.”

What do you do when you’re not coaching?

“I am a huge NY Giants fan and another reason I love the fall/winter (outside of wrestling) is because NFL season comes back.” 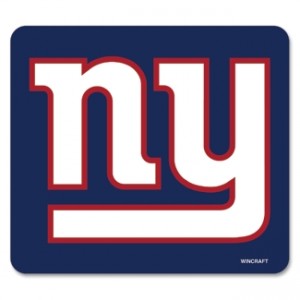 “I am a huge TV show and movie fan. The current shows I like to watch are ‘Breaking Bad,’ ‘Sons of Anarchy,’ and ‘Parks and Rec.’ Recent movies I have enjoyed were ‘Skyfall,’ ’21 Jump Street,’ ‘Four Lions,’ and ‘In the Loop.'” 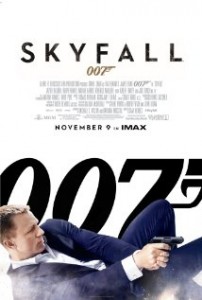