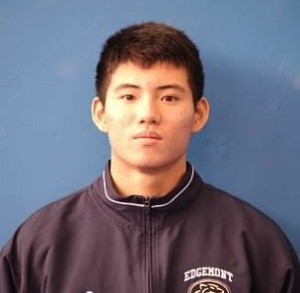 The E-Club would like to recognize sophomore wrestler Cliffton Wang as athlete of the week for the week of December 9, 2014.

Wang is undefeated on the season and went 6-0 this week.

At the North Rockland tournament, Wang was the 160 lb Champion going 4-0 on the day with every victory coming by way of Major Decision, Tech Fall or Pin. He did not give up a single offensive point the entire tournament.

He had wins over all Division 1 powerhouse programs: Tappan Zee, Fox Lane, North Rockland and the one of the top-ranked teams in NYS, Monroe-Woodbury of Section 9.